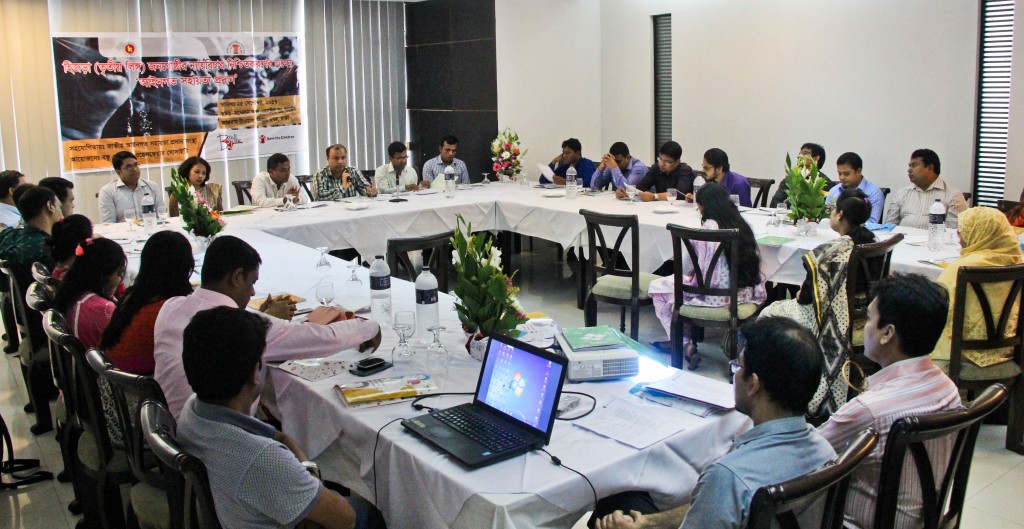 The meeting was ornamented with the presence of following distinguished guests- 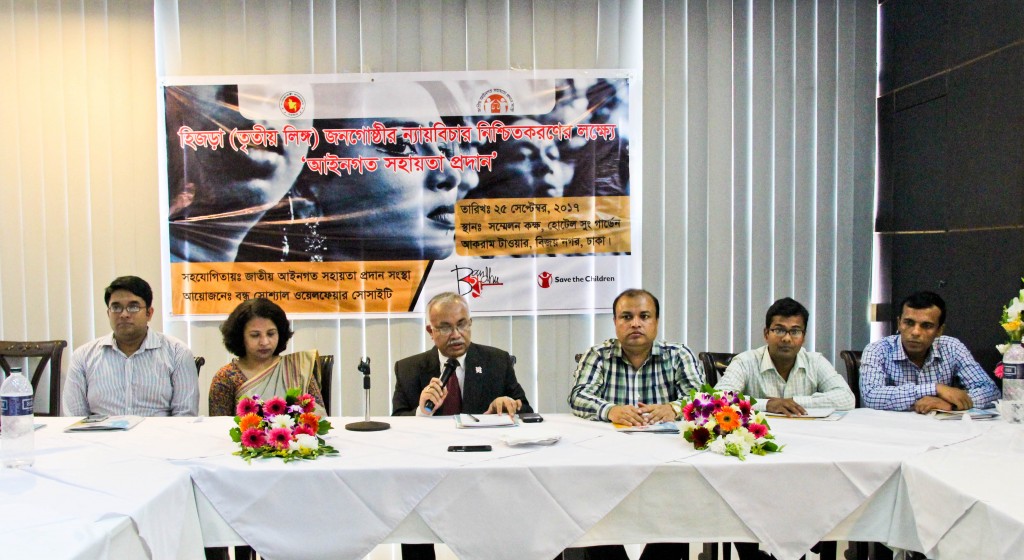 Mr. Md. Fosiul Ahsan, Director-Program of Bandhu briefed the forum on Bandhu and its activities and also underlined described how Hijra’s can get support from National Legal Aid Services Organization through Bandhu.

Dr. Mohammad Mizanur Rahman, Deputy Director, Sir Salimullah Medical College and Hospital, Dhaka expressed his sincere thanks and gratitude to Bandhu for this initiative. He said if the lifestyle of the Hijras could bring on the mainstream, the disease would have been easy to release. He highly expects that today’s workshop will be the milestone to achieve the goal. 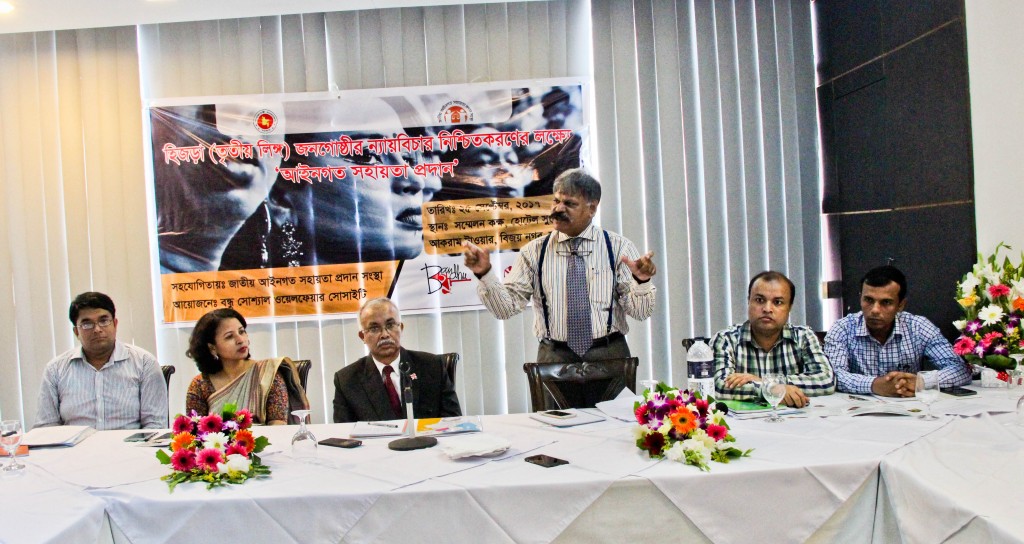 Dr. Mizanur Rahman, Professor, Department of Law, University of Dhaka facilitated the orientation meeting about how to ensure the rights to receive the justice. He recommended that a slight amendment can be useful to provide legal support to the Third Gender community.

An open discussion was held between District Legal Aid Officers and representatives of Bandhu focusing on the challenges and specific recommendations so that a productive discussion can take place and practical steps can be taken as soon as possible.