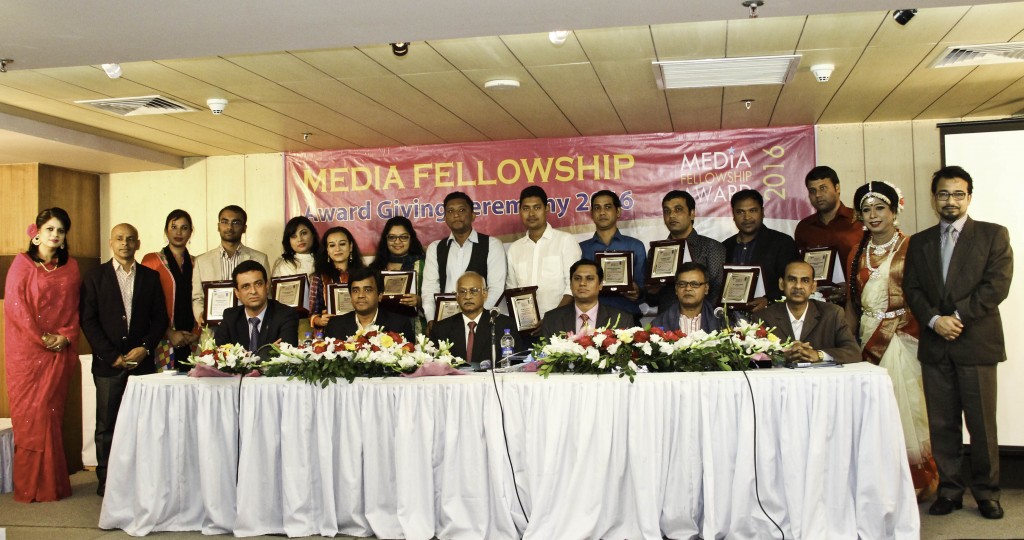 Bandhu announced its 6th Media Fellowship’2016 and a total of 10 journalists were awarded for three months Fellowship Program. For this, an orientation session was organized from 14-15 October 2016 at HOPE Centre, Savar, Dhaka.

Orientation on Media Fellowship 2016 took place from 14-15 October 2016 at HOPE Center, Savar, Dhaka. The purpose of this event was to bring together all media fellows in one place and orient them on their fellowship task as well as sensitize on the community issues while reporting. A total of 13 persons including Mentors attended this orientation event.

Throughout the orientation meeting, all the fellows received clear direction on their individual fellowship task and were introduced with Bandhu’s mission, vision and overall interventions. In addition interview with the community helped them to clear their perceptions about Hijra’s tradition, culture, livelihood, rights, etc.

Key Recommendations of the Program: