Ten journalists were given Media Fellowship Award 2015 by Bandhu Social Welfare Society (BSWS) on 27 December,2015 for reporting on rights and conditions of gender diversified population in the country.

Mohammad Omar Farok of the daily 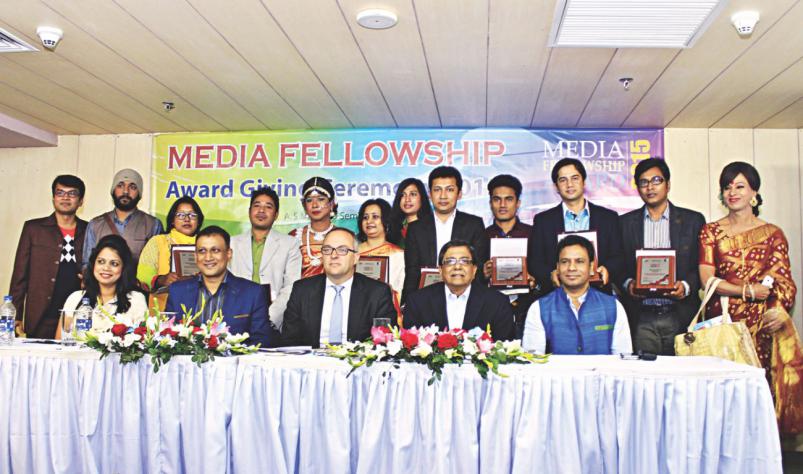 Ittefaq, Mizan Rahman of the daily Alokito Bangladesh, Abu Hanif Rana of The Report24, Ananta Yusuf of The Daily Star, Dipankar Das Dipu of ATN Bangla, Sharmina Islam of banglanews24.com, Mahfuzur Rahman Mishu of Jamuna Television, Shafiullah Sumon of BTV, Shakil Bin Mustaq of the Monthly Spotlight, and Sumona Hembrom Shilpi of Independent TV got the award at a ceremony at The Daily Star Centre in the capital.

Each of them were given a crest, a certificate and Tk 50,000 for completing a three-month fellowship during which each generated three reports.

Umme Farhana Zarif Kanta, programme manager of BSWS, a non-government organisation working for welfare of gender diversified population since 1996, spoke among others.

BSWS has been awarding journalists since 2011 to make people aware and change the negative attitude towards the persons of gender diversified population.

“It is difficult to change the perception of the society. But media can carry out this task,” said Matiur Rahman, editor of the daily Prothom Alo, who was present as the chief guest.

Swedish Ambassador Johan Frisell, present at the ceremony as special guest, noted how diversity in societies should be accepted with an open mind. He suggested reporting on gender diversified population along with transgender issues.