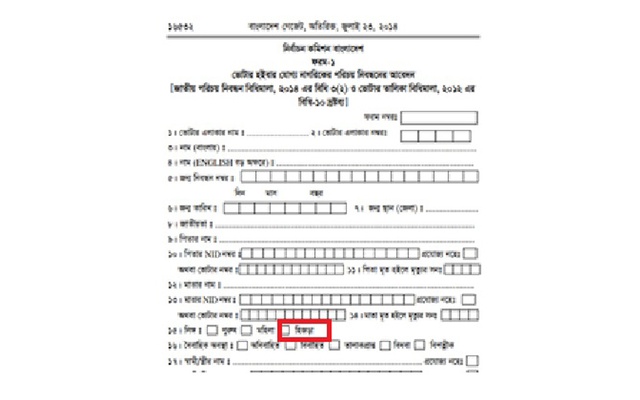 The Election Commission (EC) added ‘Hijra’ as ‘gender identity’ by amending the Voter List Act 2009 and the Voter List Regulations 2012. Voters will be able to tick any gender identity alongside the ‘male’ and ‘female’ options. Hijra community was entitled to cast their vote as Male or Female but not eligible to tick as Hijra identity. The EC attempted to add the proposed Hijra option to the 2014 voter registration forms but was unable to do so because there was no amendment of the Voter List Act and the Voter List Regulations. The issue raised during a meeting on amending the regulations at the EC Secretariat on Dec 27, 2017. Finally, the commission decided that voters can register their names as Hijra as the government already officially recognized them as Hijras in 2013 through a gazette.