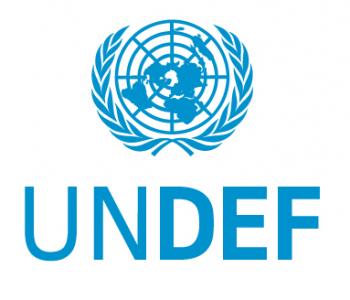 In January 2022, Bandhu has been awarded a project titled `Building Access to Justice and Legal Support for Gender Diverse Population of Bangladesh` that will be supported by the ‘The United Nations Democracy Fund (UNDEF)`. This is two years project to be implemented from February 2022 to January 2024. The project aims to create access for legal support and ensure gender justice of the TG community through advocacy, involving government authorities, and developing the capacity for the Gender Diverse community. The project will address three key problems and these are:

Hijra recognized as `Hijra Lingo/Gender’ in Bangladesh since 2013 but still, the community people are not getting equal status thus this project will conduct evidence-based policy dialogue, capacity building for the transgender community, create mass awareness and social campaign, provide legal support, and networking with relevant actors.

Different strategies such as policy advocacy, capacity building, legal support, mass awareness, networking with other agencies will be taken forward under this project. Capacity development among the project participants, creating mass awareness, policy advocacy at different tiers, formation of supporting groups to ensure legal aid to the community and conducting different studies to understand the overall human rights situations are the major activities to achieve the expected results.

The project will be implemented through a partnership approach with 3 Community-Based Organizations (CBOs) located at Chattogram, Sylhet, and Khulna. In the last 25 years, Bandhu has already developed strong networks both with the community and different stakeholders, and different stakeholders including lawyers, CSOs, government officials, and community members, will work closely throughout the period. The total direct and indirect beneficiaries would be 400 and 5000 accordingly. This project will also reach the SDGs 1,3, 5,10, and 16. It is expected that the following outcomes will be achieved:

« ‘Right Here, Right Now’ project to Create Awareness on Sexual and Reproductive Health and Rights (SRHR)
Request for Proposal to conduct on evidence based study on human rights situation, rule of law and access to justice of transgender community in Bangladesh. »